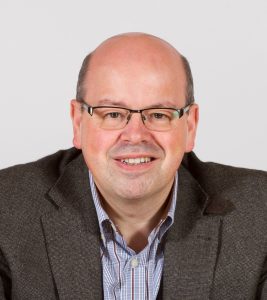 Francisco Herrera (SM’15) received his M.Sc. in Mathematics in 1988 and Ph.D. in Mathematics in 1991, both from the University of Granada, Spain. He is currently a Professor in the Department of Computer Science and Artificial Intelligence at the University of Granada. He has been the supervisor of 43 Ph.D. students. He has published more than 400 journal papers that have received more than 62000 citations (Scholar Google, H-index 12i). He is coauthor of the books “Genetic Fuzzy Systems” (World Scientific, 2001) and “Data Preprocessing in Data Mining” (Springer, 2015), “The 2-tuple Linguistic Model. Computing with Words in Decision Making” (Springer, 2015), “Multilabel Classification. Problem analysis, metrics and techniques” (Springer, 2016), “Multiple Instance Learning. Foundations and Algorithms” (Springer, 2016) and “Learning from Imbalanced DataSets” (Springer, 2018).

He currently acts as Editor in Chief of the international journals “Information Fusion” (Elsevier) and “Progress in Artificial Intelligence” (Springer). He acts as editorial member of a dozen of journals.

He has been selected as a Highly Cited Researcher (in the fields of Computer Science and Engineering, respectively, 2014 to present, Clarivate Analytics).

His current research interests include among others, soft computing (including fuzzy modeling, evolutionary algorithms and deep learning), computing with words, information fusion and decision making, and data science (including data preprocessing, prediction and big data).

In the last years, deep learning methods and particularly Convolutional Neural Networks (CNNs) have exhibited excellent accuracies in many image and pattern classification problems, among others. To get quality data is the foundation for good data analytics in general, and it is also very important for getting a good deep learning model from an applied point of view.

Quality data requires a data preprocessing analysis to adapt the raw data to fulfill the input demands of each learning algorithm. Data preprocessing is an essential part of any data mining process.

In contrast to the classical classification models, the high abstraction capacity of CNNs allows them to work on the original high dimensional space, which reduces the need for manually preparing the input. However, a suitable preprocessing is still important to improve the quality of the result. One of the most used preprocessing techniques with CNNs is data augmentation for small image datasets, which increases the volume of the training dataset by applying several transformations to the original input. There are other guided preprocessing procedures for specific problems, like brightness and other images features.

In this talk we present the connection between deep learning and data guided preprocessing approaches throughout all families of methods used to improve the deep learning capabilities, together with some applications in different areas.